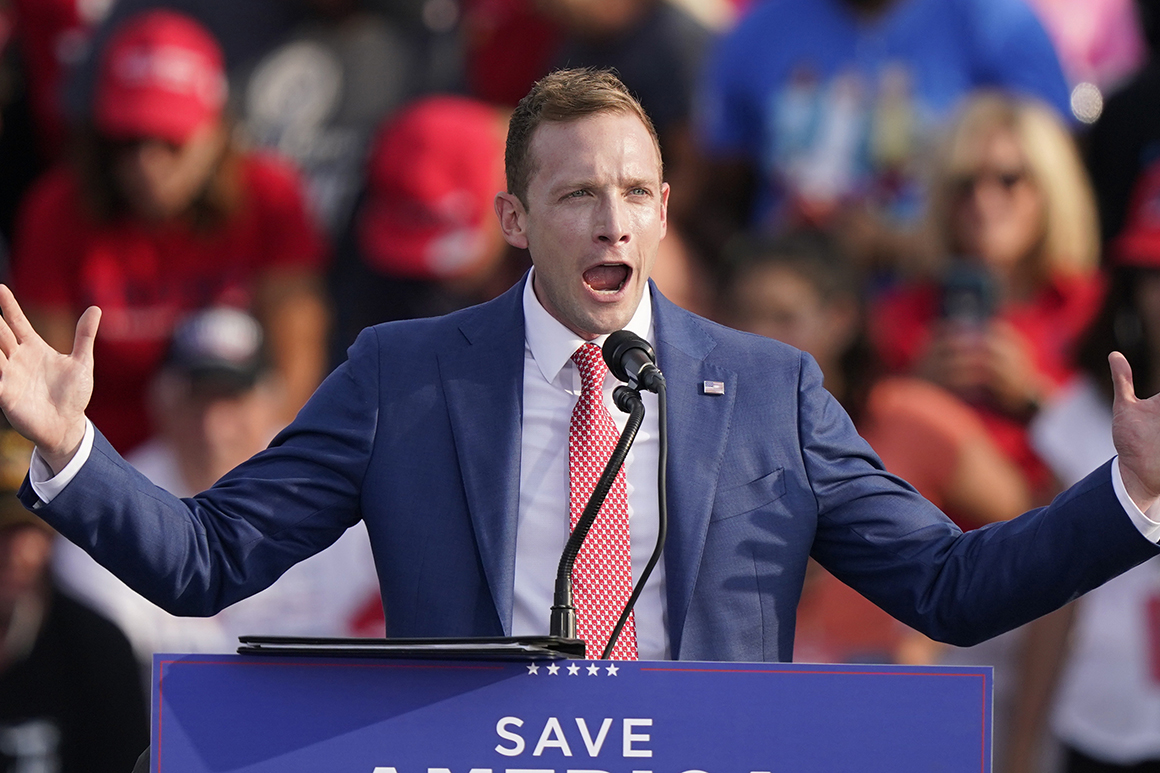 Former Donald Trump adviser Max Miller appeared to be on a glide path to Congress — but now he’s prepping for a much tougher race.

Miller is set to announce Friday evening that he’s running in a new northeastern Ohio district, one that’s much more Democratic-friendly than the red-tinged one he had been running in prior to the state’s redistricting. Under the new lines, Miller is set to compete for a swing district that includes liberal Akron and will be up for grabs in the 2022 midterm election.

Miller, who has received Trump’s endorsement, had initially been waging a primary challenge against GOP Rep. Anthony Gonzalez, one of 10 House Republicans to vote for Trump’s impeachment over his role in the Jan. 6 Capitol riot. But earlier this fall, Gonzalez announced his retirement, leaving his district wide open. Now, in the new seat, Miller is all but certain to face competition from a Democratic candidate in a year when control of the House will be at stake.