The following book excerpt is taken from the book, Iwigara: American Indian Ethnobotanical Traditions & Science, by Enrique Salmón, and is shared with permission.

Some plants are both synonymous with American Indian herbology and icons of a particular geographic region. Sagebrush is one of those plants. For people who study the indigenous knowledge of plants of the Greater Southwest as well as the entire region west of the Mississippi, sagebrush is always at the forefront. It grows nearly everywhere in the region, which accounts for its status as a marker of the romanticized West.

Every time I catch the unmistakable resinous odor of sagebrush, a rolling release of neuropeptides fills my head, activating scores of cultural and personal memories related to ceremony, ritual, the spirit world, visions, ancestral knowledge, and family. Attend any American Indian event even slightly connected to traditions or culture, and sagebrush incense will be burning or used as a smudge to purify the space. It has such an incredible amount of medicinal and other uses that it should be a central element of any plant specialist pharmacopeia. 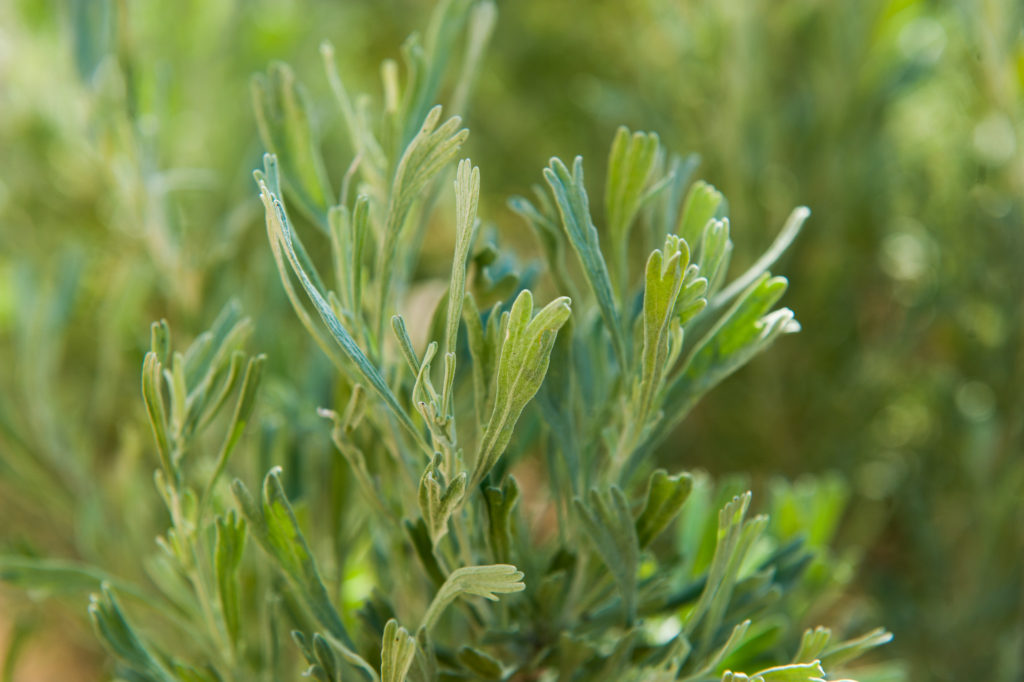 My people use rosawari, as we call it, for diarrhea and general stomach problems, menstrual pains—and for just about everything else, it seems. Artemisias in the Southwest and West are used by American Indians in many similar manners. Sagebrush is a general analgesic which is applied as a poultice of leaves for toothache, cramps, and painful menses and made into a bath for rheumatism sores. It has been made into a poultice and infusion to treat wounds, as a burn dressing, and for eczema. An infusion of the roots can be applied to the scalp for skin infections. A tea or decoction of the leaves is used as an antidiarrheal, for fever, and to treat colds, coughs, and intestinal and other kinds of parasites.

Many native peoples use the dried leaves as an incense or ceremonial fumigant. I cannot recall any ceremony or native event that did not begin with a ritual smudging of sagebrush. Navajo weavers boil the leaves and twigs in order to create different shades of yellow and gold dye. Here are some more specific uses, by species.

A decoction of Artemisia dracunculus is used for eyes, colic, and headaches; a poultice is used for headaches and diaper rash.

Artemisia frigida is made into a tea that is used as a pulmonary aid, an abortifacient, and a diuretic, as well as for heartburn, convulsions, skin irritation, cough, flu, and tuberculosis. As a poultice, it is used for ceremony and to treat bleeding wounds.

A poultice of Artemisia ludoviciana is used as a foot deodorant as well as for sprains and swellings, sore feet, and rashes. A tea of this species is good for taking away bad dreams and reducing phlegm; it treats the flu, sore throat, sinus issues, and constipation. Some will take a sweat bath using the leaves to steam out infection and flu and for protection against bad energies and broken taboos.

An infusion of Artemisia vulgaris is good for cold, flu, and sinus problems, and as an expectorant.

Artemisia species contain numerous essential oils, which accounts for the characteristic sagebrush aroma; one study found 74 different essential oils among several species, including thujone, an emmenagogue, and other pharmacologically effective compounds. The genus also contains lactone glycosides, which may account for sagebrush’s anthelmintic and diaphoretic properties. 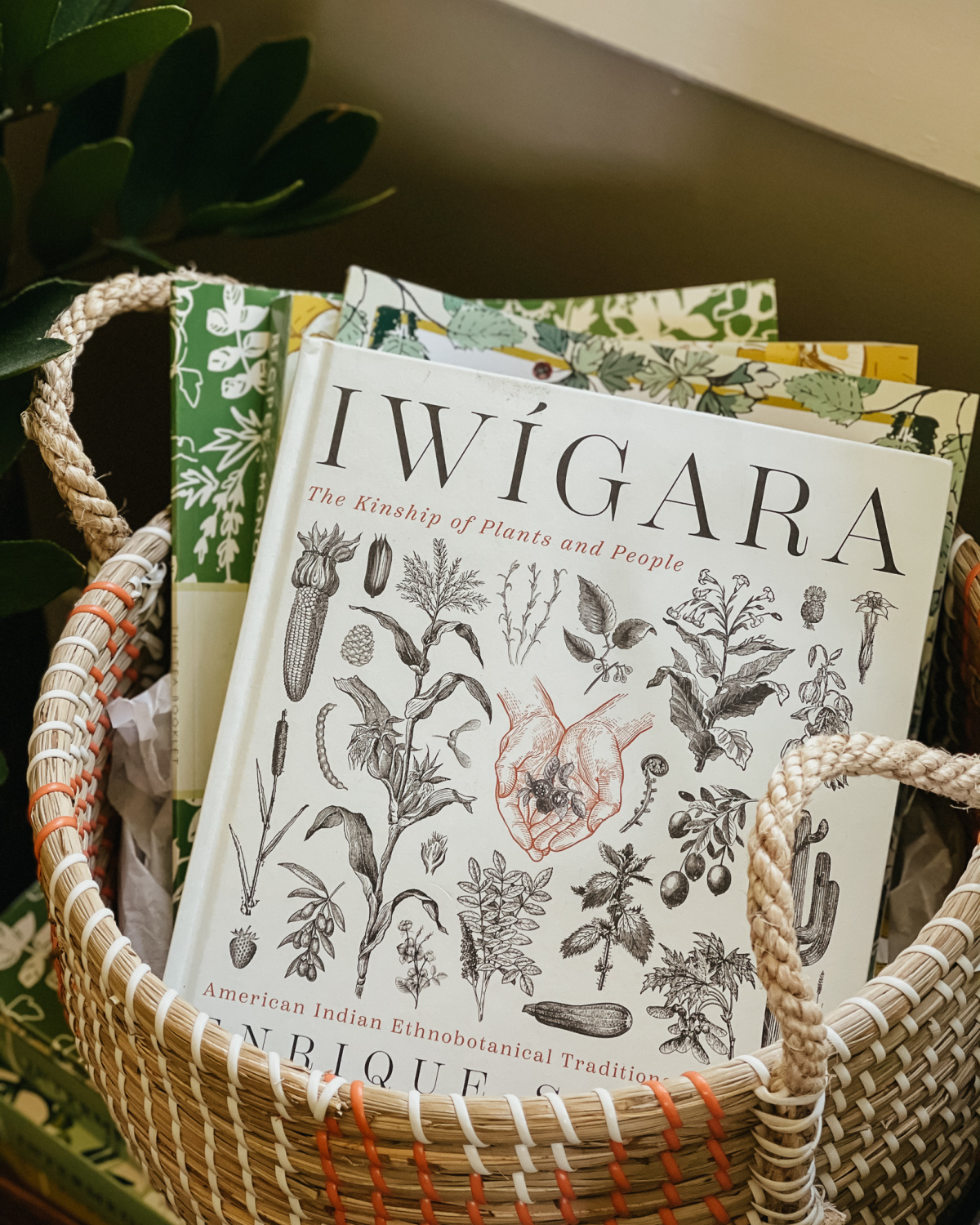 If you enjoyed this excerpt, head to The Herbarium to read a longer selection from the book that provides an introduction and focuses on a plant each from eastern North America, western North America, the Southwest, and the Southeast, offering a glimpse of both the plants and the Indigenous cultures of those ecologically diverse regions. 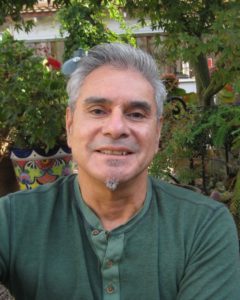 Also new to The Herbarium membership, you’ll find an interview with Enrique Salmón, where he speaks about the concept of iwígara and shares insights into plant uses and practices of Indigenous peoples throughout North America.

Head of the American Indian Studies Program at Cal State University East Bay, Enrique earned a BS from Western New Mexico University, an MAT in Southwest studies from Colorado College, and a PhD in anthropology from Arizona State University. He has been a scholar in residence at the Heard Museum and has served as a board member for the Society of Ethnobiology.

In addition to publishing many articles on indigenous ethnobotany, agriculture, nutrition, and traditional ecological knowledge, Enrique has also spoken at numerous conferences and symposia on the topics of cultivating resilience, Indigenous solutions to climate change, the ethnobotany of Native North America, the ethnobotany of the Greater Southwest, poisonous plants that heal, bioculturally diverse regions as refuges of hope and resilience, and the language and library of Indigenous cultural knowledge.

Watch our interview with Enrique Salmón here in The Herbarium.

Interested but not yet a member of The Herbarium? Get access today with a 3 day trial for only $3.

Learn more and sign up for The Herbarium here.

Get a copy of Enrique Salmón’s book, Iwígara: American Indian Ethnobotanical Traditions and Science, via Indiebound or Amazon. 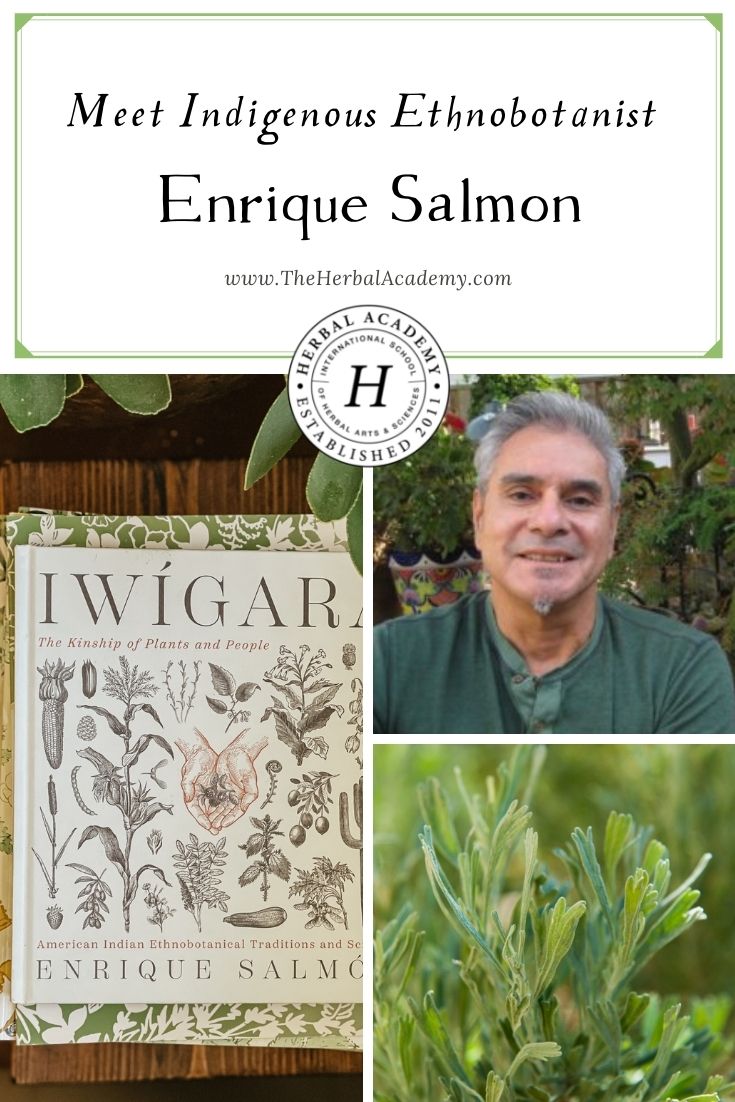 A Free Ebook Just For You!

Sign up for the Herbal Academy Newsletter, and we’ll send you a free ebook.

Please add your email address below and click “Submit” to add yourself to our mailing list. Then check your email to find a welcome message from our Herbal Academy team with a special link to download our “Herbal Tea Throughout The Seasons” Ebook!

You have Successfully Subscribed!