AwarenessLeave a Comment on A PEEK INTO THE ROLE OF “WHO” IN CORONA VIRUS PANDEMIC
Read Time:4 Minute, 21 Second 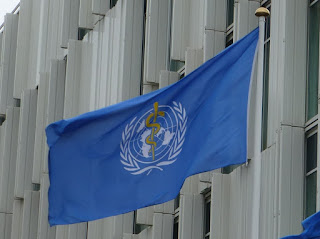 The Flag of World Health Organisation

The World Health Organisation has
been at the heart of the battle against the new corona virus since the first
reported outbreak in China.

As the WHO’s World Health Assembly
gathers on Monday(May 18, 2020) to plot the path ahead, here is a timeline
covering the key moments in the WHO’s hotly-contested handling of the COVID-19
pandemic:

December 31, 2019 – China reported to the WHO a “cluster” of pneumonia
cases “of unknown cause” in the city of Wuhan, the capital of Hubei
province. Out of the total 44 cases in the country11 were severely ill while
the others were stable.

January 1, 2020 – The WHO activated a crisis group, putting the body “on
an emergency footing for dealing with the outbreak.”

January 4, 2020 – The WHO on social media reported a cluster of pneumonia
cases “with no deaths”, in Wuhan. A day later, it published its first
“Disease Outbreak News” destined for scientists and public health
specialists on the new virus.

January 10, 2020 – The WHO sent “technical guidance” with advice to
all countries on how to detect, test and manage potential cases. It also said
that from the evidences it is suggested that no human-to-human transmission is
there. 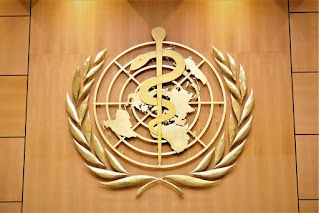 The logo of World Health Organisation

January 13, 2020 – Thailand reported the first imported case on its territory.

January 14, 2020 – Maria Van Kerkhove, the WHO’s COVID-19 technical lead, told
a news briefing that there “may have been limited human-to-human
transmission”, based on 41 confirmed cases, and that there was the risk of
a wider outbreak.

January 20-21, 2020 – WHO experts from China and the western Pacific region went
on a brief field visit to Wuhan.

January 22-23, 2020 – WHO chief Tedros Adhanom Ghebreyesus convened an emergency
committee to assess whether the outbreak constituted a “public health
emergency of international concern” – the highest alert it can trigger.
The committee, consisting of independent international experts, was unable to
reach a consensus and asked to meet again in 10 days later.

January 28, 2020 – A WHO delegation travelled to Beijing, led by Tedros, who
agreed with the Chinese government that an international team of scientists
would be dispatched to China.

January 30, 2020 – The WHO declared COVID-19 to be “a public health
emergency of international concern.”

February 24, 2020 – A team of experts from the WHO and the European Centre for
Disease Prevention and Control travelled to Italy, which became the epicentre
of the corona virus outbreak after China.

March 11, 2020 – The WHO designated COVID-19 as a pandemic and told the world
that 90% of cases were detected only in just four countries and 81 countries
reported no cases and 57 countries were having cases less than 10.

April 9, 2020 – The WHO publishes a chronology of its statements in response
to criticism that it had been slow to sound the alarm.

April 14, 2020 – US President Donald Trump hits out at WHO and accused it of
being biased towards China and made his team to review its role in mismanaging
and covering up of sped of corona.

April 24, 2020 – The WHO urges member states to speed up the development,
production and distribution of treatments and vaccines and ensure universal
access to therapeutics.

April 27, 2020 – The WHO urges countries lifting their lockdown measures to
test, isolate and treat suspected cases while ensuring physical distancing, or
risk a second wave of infections.

May 14, 2020 – The WHO says the virus may never go away and could become a
disease that the world has to learn to live with.

May 18-19, 2020 – The WHO’s decision-making body, the World Health Assembly,
holds its annual gathering virtually, with the spat between Beijing and
Washington threatening to overshadow proceedings.

What is WHO and whats its work ?

Formed on 7 April, 1948 WHO stands
for World Health Organisation and is a specialized agency of the United Nations
and keeps an eye on International public health. It was constituted on the main
aim of “attainment of highest possible level of health of people”
around the world. It is headquartered in Geneva, Switzerland and has six-semi
autonomous regional offices and 150 field offices worldwide.

April 7 every year is also
commemorated as World Health Day. 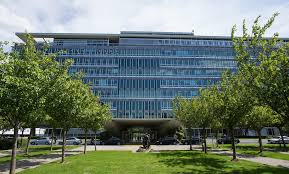 Its main aim include advocating for
universal healthcare, monitoring public health risks, coordinating responses to
health emergencies and promoting human health and well being. Also it sets
international health standards and guidelines, and collects data on global
health issues through the World Health Survey. It is also a forum for summits
and discussions on health issues. 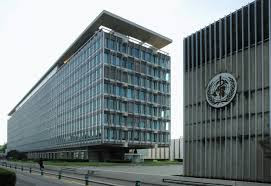 North view of the building of World Health Organisation 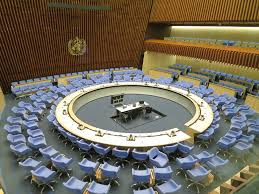 View of the conference hall inside the World Health Organisation