Drinking is an American pastime if anything is and we drink some weird stuff. From homemade moonshine to Vodka and energy drinks, we’ve tried it all. Here are some delicious but maybe very strange, drinks. 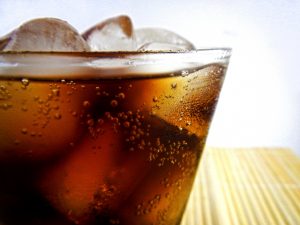 This may not be everyone’s cup of tea, but the people that like this drink are loyal to it. The crisp, cool coke with the summer flavored rum is a great drink for the summer. And if you want a taste of the summer during a different season, it works perfectly for that, too.

Honestly, what’s not to love about this combination? Coconut rum has that delicious island flavor and any lover of coconut and chocolate will fall in love with this delicious drink. The colder the better and served over ice is best. Add some shredded chocolate and coconut over the top for a super fancy look and a little snack.

Alright, so actually mixing these two together is a little weird, yes. But then again, there are the twisted colas that came out, mixed with citrus flavors like lime and lemon. Coke and lemonade are both in Long Island’s too (of course only a splash because Long Island’s are about 99% full of booze.) It’s also similar to Arnold Palmer’s, tea and lemonade mixed in a can. 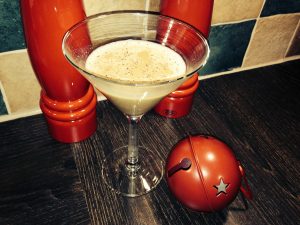 It’s not Christmas, in fact, it’s just the opposite. But yum, this drink is weird and also sounds absolutely amazing. Try hot cocoa with frozen balls of eggnog. What could be better? If that doesn’t work, freeze the hot chocolate and use them as “ice cubes” for the eggnog. Wow, that sounds amazing, too. Which one will you try? (In five months HA.)

Makes sense, cinnamon and apples together. Cider is a very light, bright, and bubbly drink and cinnamon liqueurs can come off as harsh and even overly spicy. Depending on your drink preferences, this could be the perfect drink for you. Use lots of ice and maybe even sugar (and cinnamon) the rim of your glass. 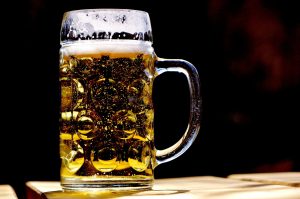 Whether it’s white or dark soda, people are mixing in with beer and the results are in. BuzzFeed called this German trend “deeply troubling,” but apparently Colabier is pretty popular. Also, popular in Germany is the beer and white soda, named Radler. This drink comes from the 20s, when a bartender diluted his beer with lemonade to accommodate a large group of cyclists. Today German’s keep this tradition but use a lemon/lime white soda, rather than the original lemonade mixer.

Well, of course. It isn’t Fall yet but pumpkin lovers love to love on anything pumpkin during the season. There are pumpkin pie vodkas out there that would really amp up the flavor of your liquor latte. You could also add a sugary rum or RumChata. Actually, yum. How good does that sound?

If you like root beer, you have to try this drink. Spiced rum goes well with white soda, too, or classically with cola. But root beer and rum is just great together. The vanilla in the root beer plays on the spices in the rum, and this drink is refreshing and sweet, and perfect for the summer.

What’s so special about this? Well, it’s what you add to it of course. Add vanilla ice cream, root beer, whipped cream, and a vanilla or flavored vodka of some sort and boom, it’s a child’s drink turned adult. Or, you could forego the alcohol and just enjoy this sweet summer treat.

Which of these weird drinks do you just have to try first?? One spiked root beet float for me please!

Want to tell your strange story? Tell us about it and it could be featured on Oddee. You can remain fully anonymous.