Kriti Sanon has slammed the media over their reporting of Sidharth Shukla’s demise. Sidharth Shukla passed away on Thursday (September 2) leaving everyone in s huge shock. He was cremated on Friday at the Oshiwara crematorium and a lot of celebrities, that is, friends and colleagues of Sidharth attended the final rites of the actor. Media was present too. The visuals of media thronging the celebrities with their cameras and mics have surfaced and it is really disheartening to see. A lot of celebrities including Gauahar Khan, Kushal Tandon, Rahul Vaidya and more have lashed out at the same. Anushka Sharma also shared Zakir Khan’s post in which he had slammed the media for their insensitivity at Sidharth’s funeral. And now Bollywood actress Kriti Sanon has lashed out at the media too. Also Read – Have the paparazzi been insensitive in their coverage of Sidharth Shukla’s death? Vote Now

“Breaks my heart to see our media, photographers and even online portals being so insensitive. Shameful! This isn’t “News”, nor is it “Entertainment”! Draw some boundaries! Have a conscience! Said it before, Saying it again! STOP covering funerals! Stop hounding people who are dealing with personal loss by flashing your camera in their face at their most vulnerable time! And for what? A few posts? Online portals and channels are equally at fault” Take a stand, DON’T post those pictures and videos! Stop faking sensitivity by just writing “Heartbreaking” in the captions of such inhuman insensitive posts, she wrote in her Instagram stories. Check out her story below: Also Read – Anushka Sharma shares Zakir Khan’s post slamming the media frenzy at Sidharth Shukla’s funeral 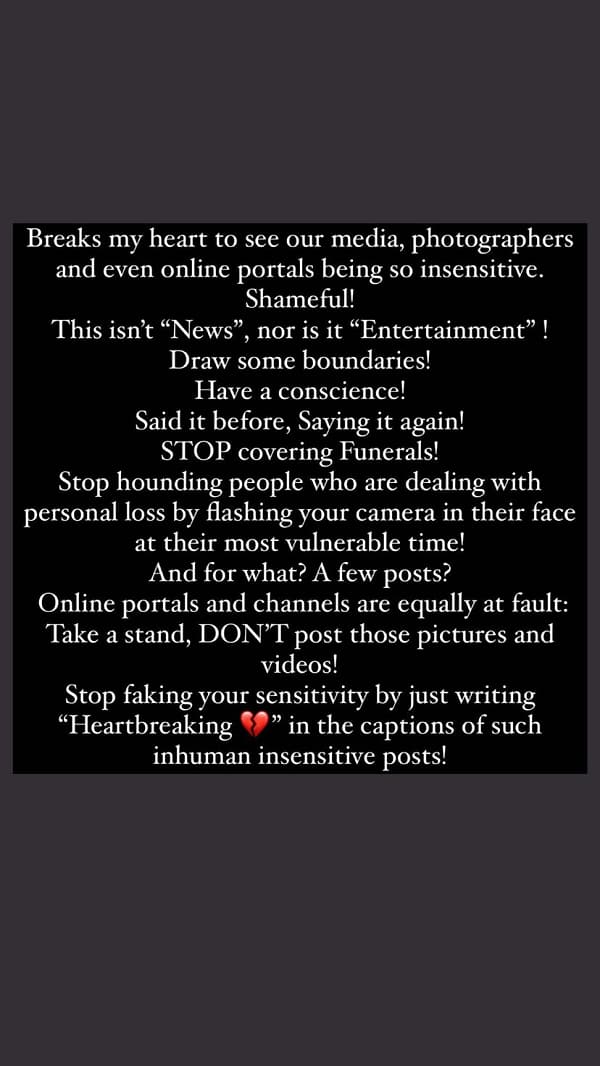 Kriti’s sister, Nupur also slammed the media. She said, “Last 24 hours saw the most insensitive behaviour by some media members… such shallow social media tactics just for some views on posts… it’s so sad to see the humans we’ve become… A family is not being allowed to grieve in peace… I don’t know them personally but it breaks my heart seeing how they are being forcefully captured in photos and videos even while crying!! Where is the BASIC humanity guys!!” Here’s her Instagram story: 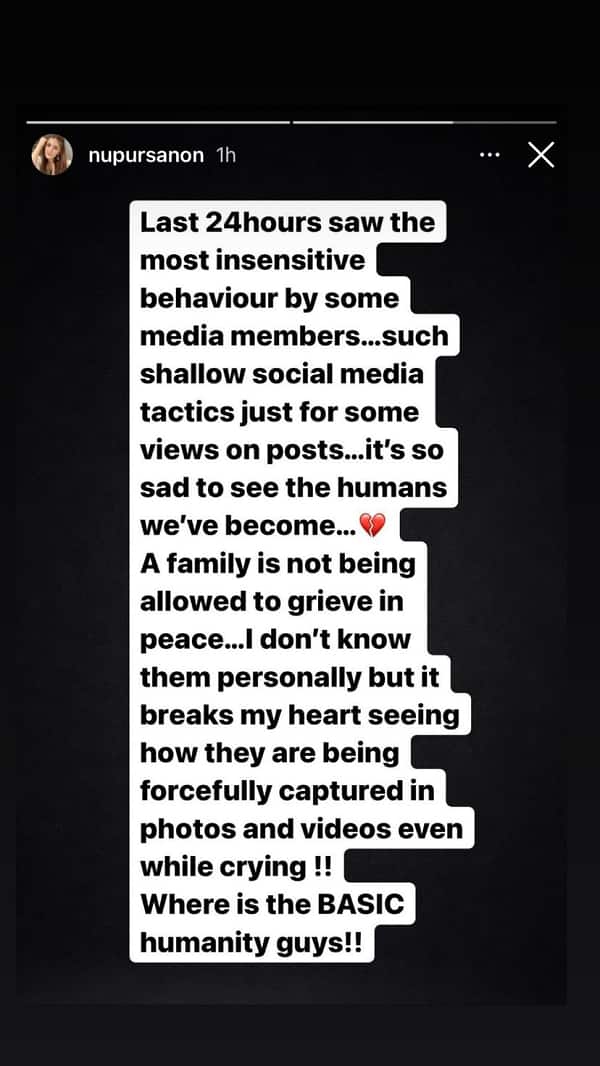