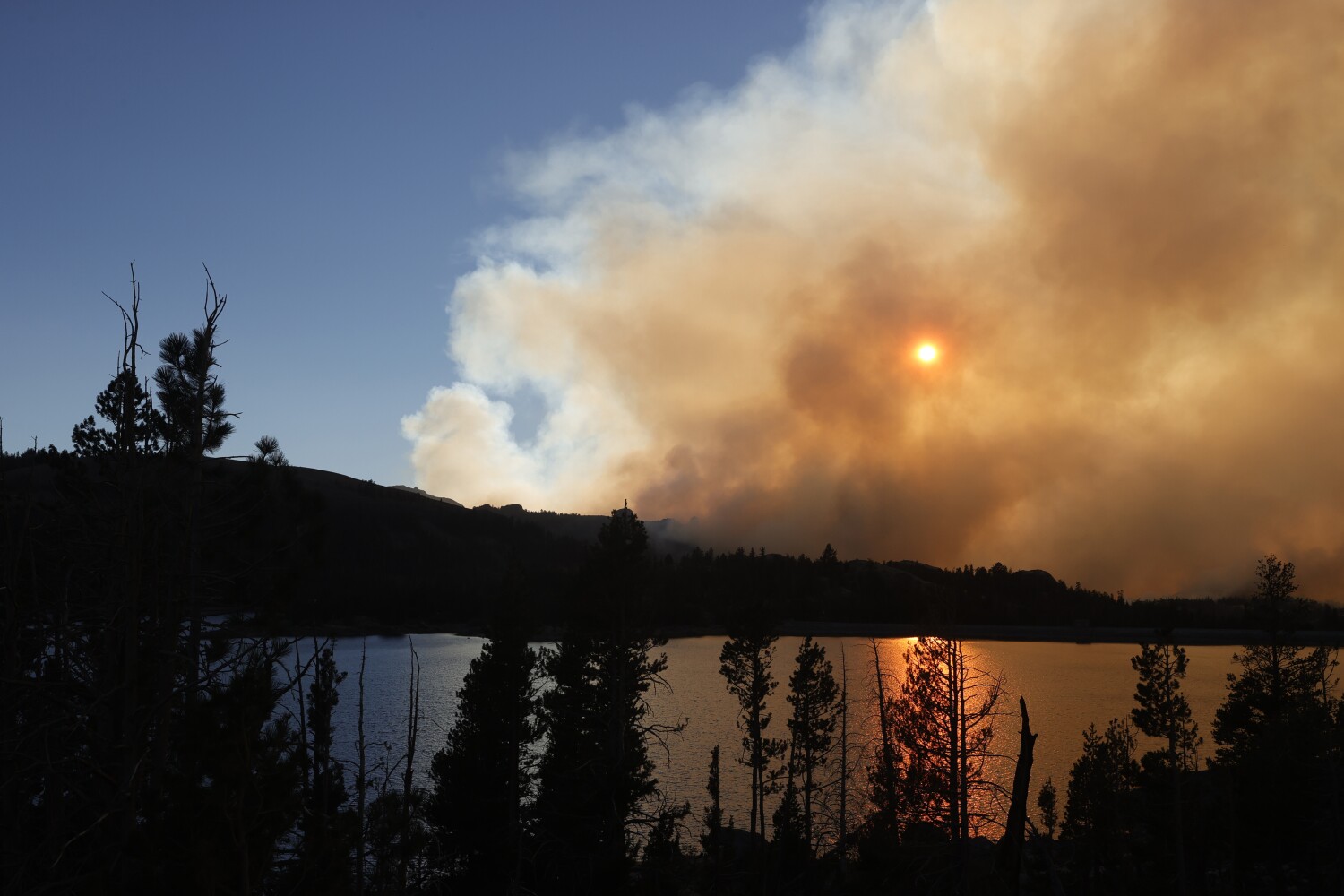 Northern California’s forests have been hardest hit, with the Dixie and Caldor fires growing dramatically in the last few days. Red flag warnings remain in place through Wednesday night.

Here is a rundown:

The multi-county Dixie fire in Northern California added another 36,000 acres to its monstrous size Wednesday. Having seared 844,081 acres, the fire was 52% contained, officials said. In recent days, the Dixie fire has been fueled by the same red flag conditions affecting the nearby Caldor fire, which is moving toward South Lake Tahoe and threatening to cross state lines. Strong winds and low humidity levels helped propel the Dixie fire southeast in the Grizzly Ridge and Ward Creek area, officials said, as well as north toward the burn scar of the Walker fire.

“Mother Nature is not helping us fight this fire at all,” incident meteorologist Jack Messick said Tuesday evening. “We are very warm, we are extremely dry, and we are going to continue to be breezy.”

Winds were expected to lessen somewhat Wednesday, he said, although gusts in the 20-28 mph range were still expected, which can fan flames and send embers flying.“This makes firefighting very difficult,” Messick said. “Fires stay intense, they spread rapidly, so it’s very hard to get around.”

At a news conference Tuesday, Gov. Gavin Newsom said the Dixie and Caldor fires were the two most worrisome of the 15 large fires burning in the state. Both fires this month became the first to burn from one side of the Sierra to the other.

Smoke from the Dixie fire will continue to contribute to poor air quality throughout the region, officials said. Areas near Chester are expected to receive the worst of its unhealthful effects.

The fire’s erratic growth has meant the level of threat has changed rapidly in many areas, with officials issuing new evacuation warnings in Lassen County even as they eased some orders near the Butte County line. Residents have been advised to evaluate their own circumstances before taking action.“It’s been weeks now and there’s really no end in sight,” Lassen County Sheriff Dean Growdon said Tuesday. “It’s been a tough time for all of us, and we just need to hang in there and keep supporting each other.”

The Caldor fire blew past 200,000 acres and continued its steady march east.

The head of the fire is now approaching the Nevada state line, spurring concerns that it could become a multistate blaze. Firefighters made an all-out effort Tuesday to defend the Lake Tahoe Basin and were able to protect many of the homes in Christmas Valley and Meyers, while also herding the flames into areas south of the popular resort city of South Lake Tahoe.

“We’re fortunate the fire did not make as strong a push into Tahoe as it did the previous day,” Tim Ernst, operations section chief with the California Department of Forestry and Fire Protection, said during a Wednesday morning briefing.

But midday Wednesday, firefighters were facing strong winds and bone-dry conditions, airborne embers and fast-moving flare-ups. Red flag warnings remain in place over much of the fire area until 11 p.m. Wednesday, indicating the potential for wind gusts as strong as 30 mph.

The fire northeast of Bakersfield has burned 29,000 acres and is 43% contained.