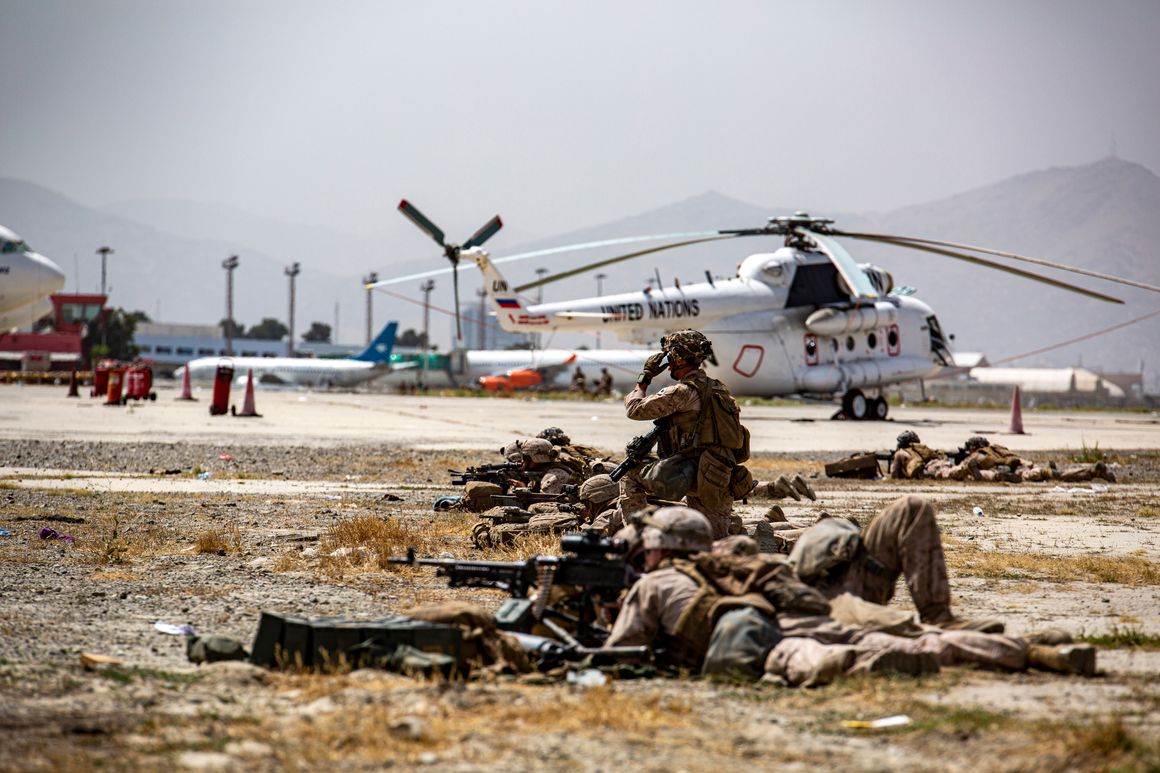 France and the U.K. will put forward an emergency U.N. Security Council resolution calling for a safe zone at Kabul airport to allow people to continue to leave Afghanistan, according to Emmanuel Macron.

“Our resolution proposal aims to define a safe zone in Kabul, under U.N. control, which would allow humanitarian operations to continue,” the French president told Le Journal du Dimanche in an interview. He said the plan was “about protecting these threatened Afghans and getting them out of the country in the coming days or weeks. We will see if this can be done through the capital’s civilian airport or through neighboring countries.”

Later, on a visit to Mosul in Iraq, Macron said: “I cannot see who could oppose enabling the safety of humanitarian operations,” according to Reuters.

In the interview, Macron said the U.K. backs the plan although there has been no official statement from London and at the time of publication, the Foreign, Commonwealth & Development Office had not responded to a request for comment.

U.N. Secretary-General António Guterres will on Monday hold a meeting on the situation in Afghanistan with envoys from the Security Council’s permanent members: Britain, France, the United States, China and Russia.