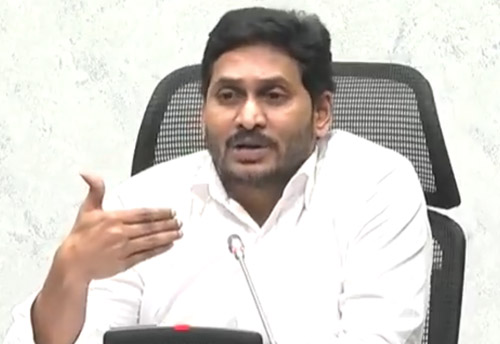 During a video conference with the district collectors while releasing the second instalment of the Restart package to MSME sector, the Chief Minister said that there is every need for the state to handhold the MSME sector which has 97,428 units of which 24,252 are micro units and they are providing employment to about 10 lakh people.

”As promised, the CM released Rs. 450.27 crore in May in the first phase. and now we are releasing Rs 512.35 crore to give a fillip to the sector as the previous TDP government did not clear investments due worth over Rs 827.5 crore which we have cleared,” he said.

”The MSME is the second sector which provides maximum employment to people after agriculture,” he added.

The Chief Minister further said that the government would offer investment loans ranging from Rs. 2 lakh to 10 lakh with minimal interest.

He said that the government had declared a six-month holiday to MSMEs from loan repayments and consequently loans can be paid within three years.

”Rs 1,000 crore dues relating to spinning mills will be paid over the next year,” he said.

The state government has released these funds as part of the second phase of financial incentives for supporting the MSMEs which were facing tough times due to lack of production and demand during this lockdown period. As part of the ‘restart’ package, the state government is providing Rs 1,168 crores out of which Rs 450 crores were released in May while the remaining Rs 512 crore funds were released today.