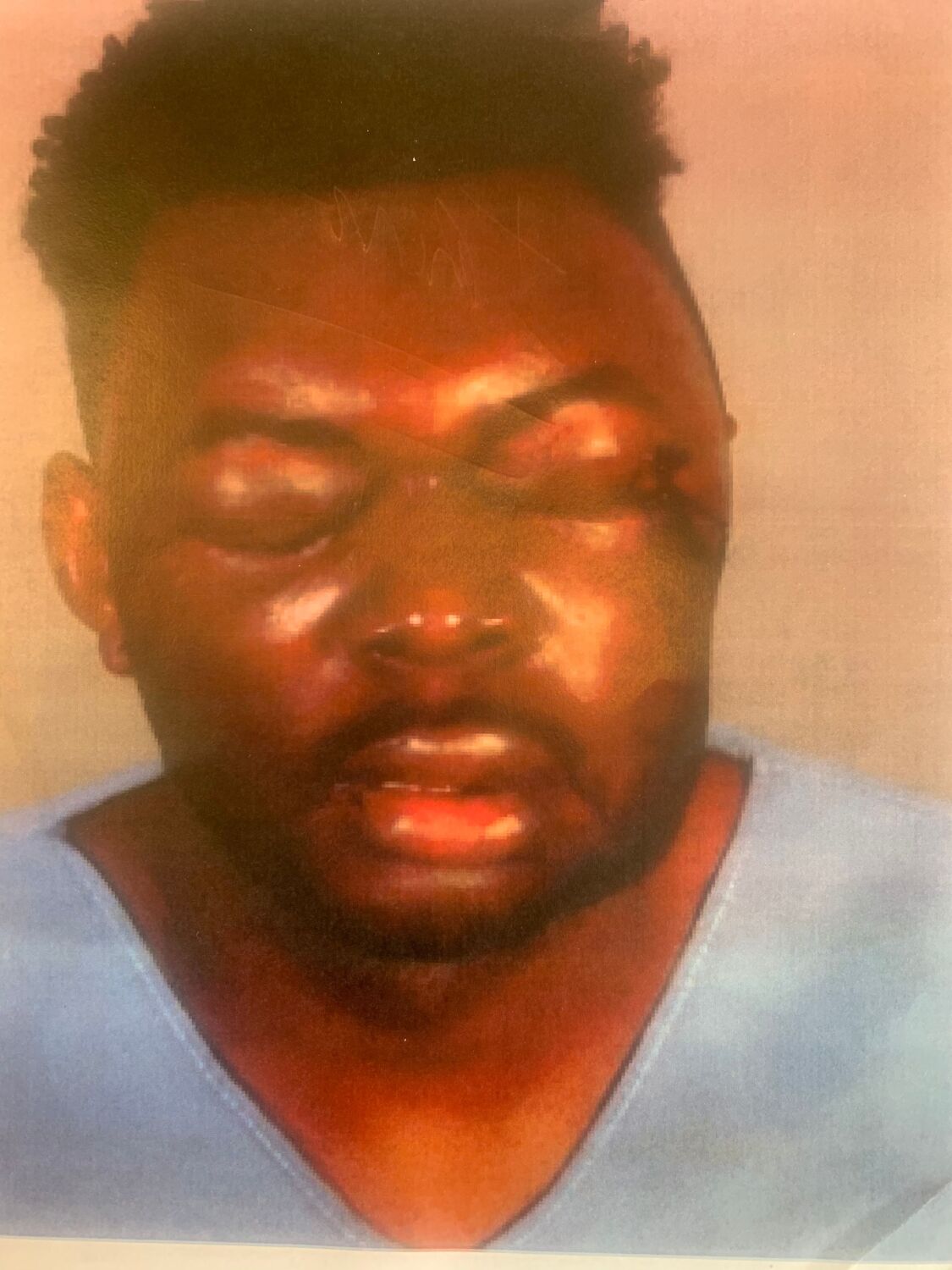 A Black man who says an unprovoked beating by Los Angeles County sheriff’s deputies left him with eye damage and other extensive facial injuries has filed a civil rights lawsuit against the county.

In the lawsuit, filed Monday in federal court in Los Angeles, Christopher Bailey alleges that in May 2020, he was dragged out of his car during a traffic stop in Inglewood by two deputies and assaulted without warning or reason. Four other deputies joined in the beating as Bailey lay on the ground, according to the lawsuit.

Bailey, 37, had several teeth knocked out and required multiple surgeries to repair fractures to his face, including his eye sockets and nose, his attorneys said.

In an interview, Bailey said the assault has forced him to take a leave from his job at a private company that sorts mail for the U.S. Postal Service.

“It wasn’t justified and I want justice — to hold them accountable for what they did to me,” he said.

In a statement, the Sheriff’s Department declined to answer questions about the alleged incident and internal investigations into the allegations.

“All use-of-force incidents which result in injury are unfortunate,” the statement said. “Due to this pending litigation and under advice of counsel, we are unable to offer further details at this time.”

The Times was unable to reach attorneys for the deputies accused of being involved in the beating. The sheriff’s department did not respond to a question about the current employment status of the accused deputies.

According to the lawsuit, on May 4, 2020, Bailey was driving home from work at about 2 a.m. when he was stopped on Prairie Avenue for allegedly straddling the road’s lanes.

Two deputies allegedly then pulled Bailey out of his car, “and, without warning, proceeded to assault and batter” him, punching Bailey multiple times in the face and using a chokehold, according to the lawsuit.

Bailey was unarmed and had nothing in his pockets or hands, the lawsuit states.

Four other deputies arrived on the scene, punching Bailey’s face, abdomen and back, kicking him while he lay on the ground and repeatedly shocking him with a stun gun, the lawsuit states. The beating, the suit said, lasted several minutes.

One of Bailey’s attorneys, Brian Dunn, said that after the incident, the district attorney’s office, then under Jackie Lacey, charged Bailey with three felony counts of resisting arrest, as well as with two marijuana-related misdemeanors. The felony charges, as well as one of the misdemeanors, were dropped last week. Bailey pleaded no contest to and was found guilty of the other misdemeanor and a vehicle code violation.

Toni Jaramilla, another lawyer for Bailey, dismissed an allegation she said is included in a Sheriff’s Department report about the incident that Bailey moved his elbow backward when he was out of the car and struck one of the deputies in the head.

Bailey “complied with all directives,” Jaramilla said, and the lawsuit says Bailey never attempted to strike a deputy with any part of his body.

Bailey’s attorneys provided to The Times video recorded by a bystander, which they said shows Bailey, his face bleeding and eyes swollen, being lifted into an ambulance in the aftermath of the incident.

“He doesn’t even look human,” someone can be heard saying on the video.

The lawsuit seeks damages for battery, negligence, and deprivations of civil rights based on excessive and unreasonable force. Jaramilla said that Bailey’s defense team is calling for the district attorney’s office to file criminal charges against the deputies.

The district attorney’s office did not immediately respond to an inquiry.