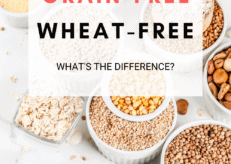 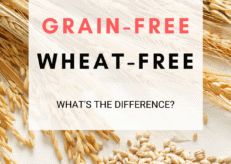 This post contains affiliate links.  As an Amazon Associate, I earn from qualifying purchases.

Gluten-Free vs. Grain Free vs. Wheat-Free

Talk about confusing.  You may think these are all the same but after reading over and over the differences in these comparisons here’s what I found.

Wheat is a grass that produces a cereal grain (seed) which is used in foods.

There are 6 different types of wheat

As is stated in the name it can be a spring or winter grown wheat.

Gluten is a protein found in wheat.  Being gluten-free means the gluten protein has been removed from wheat.

Grain is the harvested seed of grasses such as wheat, oats, rice, and corn. Other important grains include sorghum, millet, rye, and barley. Around the globe, grains, also called cereals, are the most important staple food.

Corn – in case you’re wondering where corn falls into all of this. Also, fresh corn is gluten-free while processed may not be, read the label for sure on this one. So off the cob or in natural form is gluten-free.

Grain-Free means that you have eliminated all these grains such as wheat, barley, rye, corn.  You may recognize the following forms of grains in your current diet.  Going grain-free means eliminating all of these items from your diet.

Any food made from wheat, rice, oats, cornmeal, barley, or another cereal grain is a grain product. Bread, pasta, breakfast cereals, grits, and tortillas are examples of grain products. Foods such as popcorn, rice, and oatmeal are also included in the Grains Group.

Grains are divided into 2 subgroups: Whole Grains and Refined Grains. Whole grains contain the entire grain kernel ― the bran, germ, and endosperm. Examples of whole grains include whole-wheat flour, bulgur (cracked wheat), oatmeal, whole cornmeal, and brown rice. Refined grains have been milled, a process that removes the bran and germ. This is done to give grains a finer texture and improve their shelf life, but it also removes dietary fiber, iron, and many B vitamins. Some examples of refined grain products are white flour, de-germed cornmeal, white bread, and white rice.

You may think wheat-free and gluten-free are the same thing, but they are not.  This is a common misconception because gluten-free is also wheat-free.  However, just because something is wheat-free does not mean it is gluten-free.

If you are looking to go gluten-free, grain-free, or just wheat-free, the path will require a thorough understanding of how to read ingredient labels.  There are often hidden ingredients disguised as other names in food products. I learned this by going soy-free and finding out soy and wheat are in everything.

I recommend reading Wheat Belly by Dr. William Davis.  He opens the door to understanding how wheat can impact your overall health.  After reading this book, I realized as well as after my detox, breaking this rule helped me, that I had a wheat or gluten intolerance.

The symptoms he represents as being part of wheat sensitivity, described me perfectly.  Of course, I had to test the theory and realized I had a gluten sensitivity test years back. I forgot about this test but dug up my test results to see if it was true.

Yes, I was tested, and the results were negative for Alpha-Gliadin.  But after doing my food elimination diet to find out what I was reacting to, I had to second guess those results.  Here is what I found, in case you’ve had the same testing but are still experiencing some type of sensitivity.

According to Cyrex, the company that did my testing, I was only tested for one – Alpha Gliadin.

Being Gluten Sensitive isn’t as black-and-white as once thought.  Actually, gluten is a misnomer – “gliadin” is the portion of wheat that triggers an immune response in people (since “gluten” is commonly used I will stick with that term).  It also has been discovered that wheat is made up of more than 100 different components that can cause a reaction, not just one (gliadin).

Until now testing for Gluten Sensitivity has only been against one of those components, alpha-gliadin. Through extensive research, Cyrex pinpointed the twelve components of wheat that most often provoke an immune response.

This new test greatly expands the parameters of gluten sensitivity testing, catching those who may have previously tested negative because they don’t react to the alpha-gliadin. A ‘false negative’ occurs when the test results say a condition is not present when in reality there is a problem.  Many forms of standard testing for celiac disease or gluten sensitivity do not include the right markers or enough of the right markers.

So, yes, you can test negative for Alpha-Gliadins creating a false negative for other wheat reactions.  I was not tested for the twelve components, only one.  I urge you to check if you have only been tested for one Alpha-gliadins before determining whether or not you have a gluten intolerance.

This test is done through Cyrex and is not covered by my insurance. And I had to pay out of pocket. So be ready for that if you choose to do this testing. It can be costly, depending on how much you’re willing to spend.

You can also do an elimination diet and find out what your body is reacting to.  This will take some time and record tracking, but it will help you in the beginning to decode your health and sensitivities.

There is a definite possibility that I have an intolerance to these other components. After doing my elimination diet and tracking my food, I most certainly have a sensitivity to gluten/wheat.  And I also learned that eating corn causes some of the same reactions.

That is where my gluten-free journey began.  You’ll be so glad you tried an elimination diet to figure out where your root cause of aliments may be coming from. It’s worth a try, and at the very least, you’ll be eating healthier as you’ll be eating mostly whole foods.

You May Struggle At The Beginning

But It Will Be Well Worth It In The End.

You’ll feel so much better, especially if you’re experiencing gastrointestinal problems, allergies, digestive issues, congestion, and more.  Wheat is known for exacerbating these issues and maybe the cause of your discomfort.

Of course, everyone is different.  Not two people are the same; therefore, no two people will have the same outcome.  What works for one may not for another, and that is ok.  The goal is to find what works for you and what makes you feel better.

I wish you peace and guidance on your journey. Take care and be well. 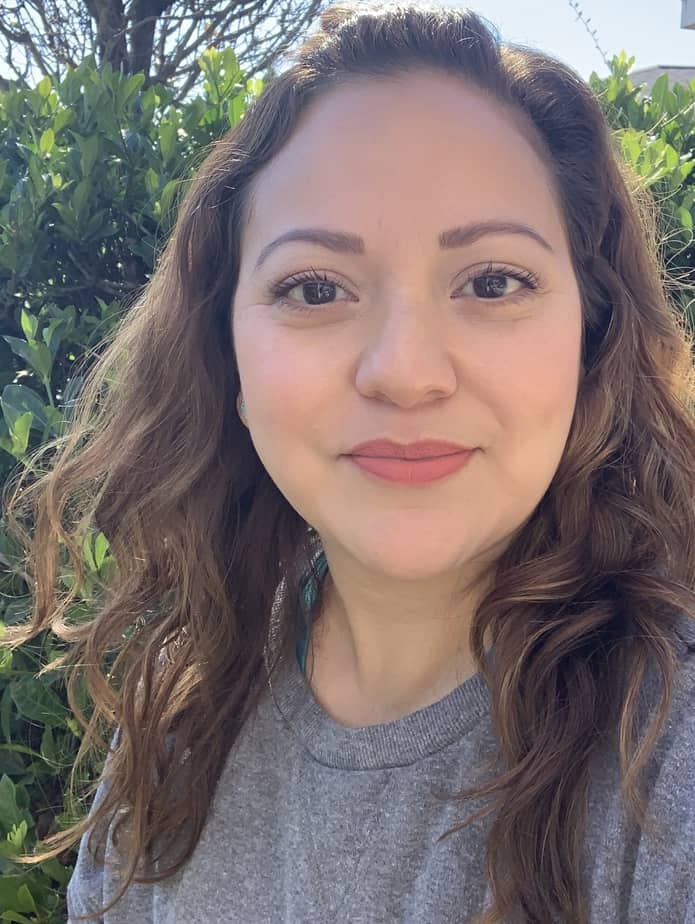 Health and Spiritual Enthusiast. I love everything about holistic health and wellness, nutrition, spirituality, and overall well-being. I want to inspire you to be your healthiest self.

Yours In Health And Spirit 🕉