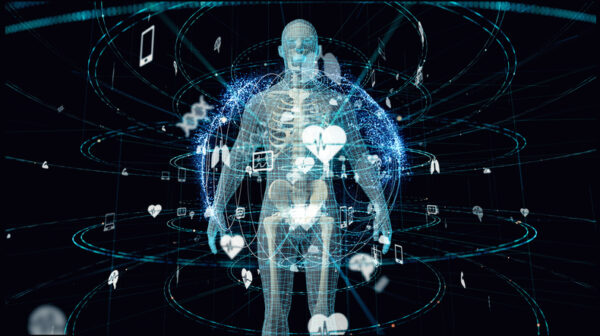 Technology could help close longstanding racial inequality in health. That was the message of Asif Dhar, a Deloitte executive who spoke Friday, the concluding day of the weeklong HLTH conference.

“The power of the ecosystem matched with the power of digital disruption together provides incredible components … to change what is a very unequal setting today and make historic leaps in improvements in health equity,” said Dhar, vice chairman and U.S. life sciences and health care industry leader for Deloitte.

But it won’t happen by itself. A purely consumer-based model of health care, Dhar said, runs the risk of continuing the existing inequity, reflected most starkly in the persistently shorter life spans of Blacks compared to whites in the U.S.

Some technologies, such as artificial intelligence, have come under fire for potentially reinforcing racial inequality in health care.

“What we don’t want to do is create a future which creates more health but has even wider health care inequity gaps,” Dhar said, drawing on historical parallels to underscore how change could take place.

He described, for example, how Mahatma Gandhi and Dr. Martin Luther King Jr. used the technologies of their time to amplify their messages. In the 1930s, Gandhi invited journalists and photographers to record his protests, while King benefited from the power of television in the 1960s.

Dhar also noted how King focused on broader structural issues when he led marches to protest slums in Chicago.

“Dr. Martin Luther King Jr. did not stop those marches until an entire ecosystem formed,” Dhar said. “It was not only the landlords that had to make concessions to tenants. It was tenants, it was the community, it was private business, public officials and the landlords all together making wide, sweeping changes.”

Dhar cited several examples of modern-day digital tools that can close racial gaps. Airbnb, for example, developed a system called Project Lighthouse designed to minimize the risk that hosts discriminate against potential guests based on race.

Dhar noted that the American Medical Association, the American College of Physicians and others have described racism as a public health crisis. The gaps have been accentuated during the Covid-19 pandemic, with the virus taking a bigger toll on minorities, Dhar said. But he was optimistic the problems could be addressed.

“Our healthcare actors, our life science actors, our government actors and our non-traditional actors coming together to make disproportionate gains in those underlying health inequities can create a huge transformation in the disparities we see today,” Dhar said.