AwarenessLeave a Comment on 10 Wonderful Facts About Winnie The Pooh

Winnie The Pooh is a famous and much-loved character that Disney has showcased for over 50 years.

The character has appeared in books and movies alongside his famous friends such as Eeyore, Tigger, Piglet and Christopher Robin.

The books, originally written by A.A. Milne tell of the bear’s adventures but do you know where the cute cuddly bear came from?

Here are 10 facts about Winnie The Pooh.

Winnie The Pooh was based on a real bear. 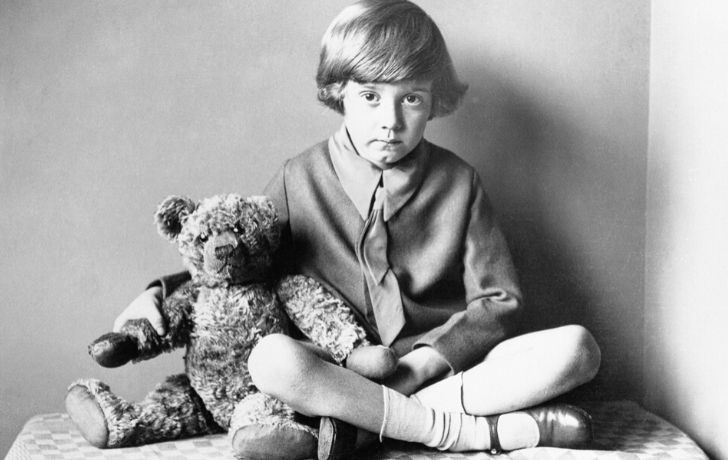 The character of Winnie The Pooh was based on a real-life bear.

Writer A.A. Milne gave his son a stuffed teddy bear for his first birthday that he had bought in Harrods Department Store in London.

The bear was originally named Edward, but it was changed to Winnie after Milne took his son Christopher Robin Milne to London Zoo.

The famous black bear called Winnie lived at London zoo at the time and was the inspiration for the name change of Christopher Robin’s teddy bear.

The bear was called Winnie as it came from Winnipeg in Canada, after being donated by a Canadian soldier who was drafted for service in Europe during World War I.

Christopher Robin would regularly visit the bear and sometimes he was allowed to feed it.

The Pooh part of the name comes from a swan.

You might be wondering where ‘The Pooh” part of the name comes from, as the Winnie part makes sense.

Pooh was a name given to a swan that Christopher Robin and his father saw on their vacation in West Sussex, England.

The swan is described in the book When We Were Very Young and it was a much-loved creature that became an important part of their lives.

Christopher Robin would feed the swan every morning that they were away and this inspired A.A Milne to create the name Winnie-The-Pooh.

It is said that Christopher Robin called the swan Pooh, because if the swan decided to not respond to its name, then it would look like Christopher was just saying “oh Pooh!” to show that he was not bothered that the swan ignored him.

A.A. Milne then fused the two names Winnie and The Pooh to form Winnie-The-Pooh and he explains in the first Winnie-The-Pooh book that the bear’s functions aren’t always in great shape which means he is a bit pooh.

The first-ever illustration of the character was drawn by Ernest Howard Shephard in 1924.

The illustration was featured in a book of poetry called When We Were Very Young, written by A.A. Milne and illustrated by E.H Shephard.

It wasn’t until 1925 when the bear was published alongside the name Winnie-The-Pooh.

This illustration appeared in a Christmas story that was published in the London Evening News on Christmas Eve. 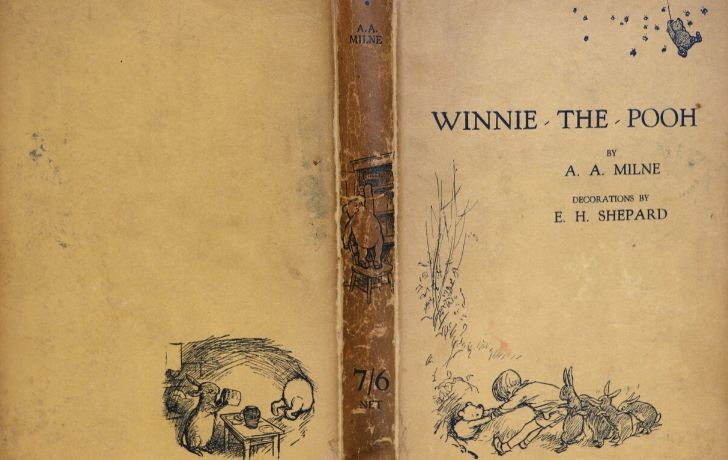 The first collection of stories to feature Winnie The Pooh was written by A.A Milne in 1926. The book was titled Winnie-The-Pooh.

In 1928, this was followed by his next series titled The House at Pooh Corner.

Winnie The Pooh is known to wear his iconic red t-shirt, but he wasn’t always so well dressed.

The red t-shirt was added when the rights to the character were bought by Disney.

The original sketches and drawings of the character were just of a bear that didn’t wear any clothes and as drawings developed he was pictured with a t-shirt on.

In 1930 Stephen Slesinger acquired all rights of Winnie The Pooh, for use in the US and Canada from A.A Milne.

In 1932 the first color drawing by Slesinger was seen by the public and this is where Pooh’s iconic red t-shirt came from.

In 1961 Walt Disney Productions adapted the Winnie The Pooh stories. 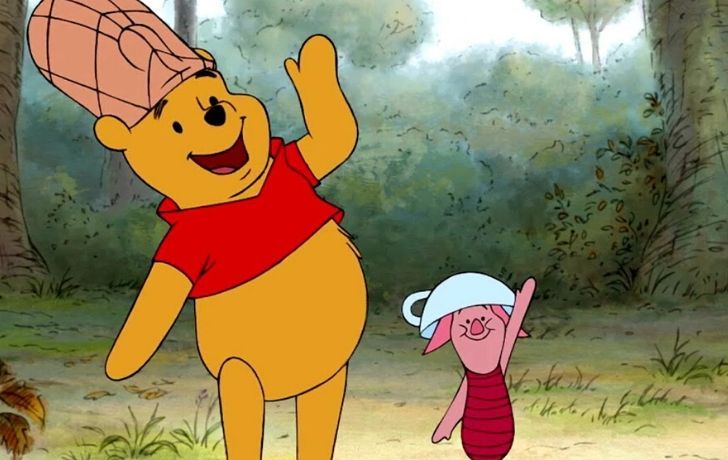 Up until this point certain agreements and licenses were given to Disney for the use of Winnie The Pooh, but in 1961 Disney changed the character which would become the success it is today.

Disney changed the name from the previously hyphenated Winnie-The-Pooh to Winnie the Pooh.

With the help of their licensing agent Stephen Slesinger, they adapted the original stories of Pooh to create features that lead to a miniseries.

These features were what made Pooh so famous in the Disney universe.

Pooh’s stories have been translated into 50 languages!

The much-loved stories became popular across the globe so translations were much needed.

The high demand meant that around 50 translations of the books were made, some of the languages include French, Spanish, Italian, Latin, Russian, Thai, Hindi and Catalan.

It was at the time a popular book on-demand, especially across European countries.

Italy was the country least interested in the translation of the books after being first translated into Italian in 1936.

It is thought that due to the government at the time, the book might not have been of interest to promote to the public and no copies of the first Italian translation have ever been found since.

Winnie The Pooh’s Home is a real place.

The books were written about characters inspired by Christopher Robin’s toys and to go along with the real-life links, the setting of Pooh’s home is a real place.

Hundred Acre Wood is where the character of Winnie The Pooh and his friends live and this is a real location that is based in East Sussex, England.

A.A Milne’s country home Cotchford Farm was situated in Ashdown Forest and this is where his inspiration for Hundred Acre Wood came from. 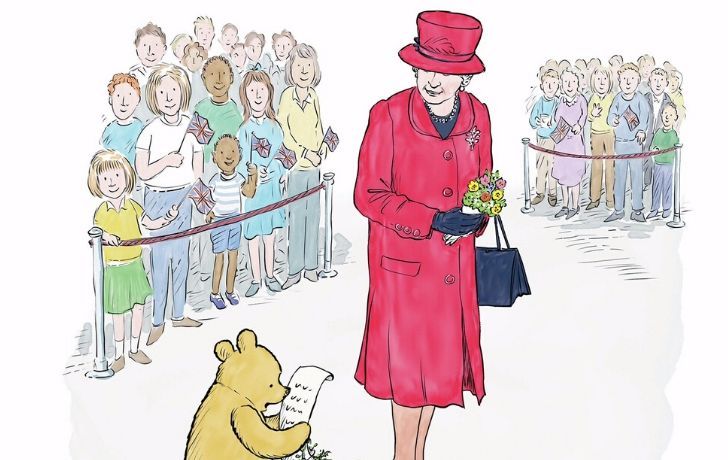 Both the Queen and Winnie The Pooh were born the same year, 1926.

So to celebrate their joint 90th birthday a special story was created where Pooh bear goes to visit the Queen to celebrate.

The story was written by Jane Riordan and was illustrated in a similar way to the original drawings, pre-Disney.

The story tells a tale of Pooh and friends visiting the Queen at Buckingham Palace so they can both celebrate their birthdays together and to deliver a special gift to the Queen.

The special present is his iconic “hum.”

There is a National Winnie The Pooh Day.

National days have always been a way for people to get together and remember something special, whether it be an important day in history or to celebrate the passion of a hobby or celebrity.

This date was chosen as it was A.A. Milne’s birthday and as the creator of such a loved character, it was decided that in his honor, his birthday should be the chosen date.

Winnie The Pooh Day has been celebrated from as early as 1986, where people would read his stories, eat lots of honey and get cozy watching one of his films.

In more recent years the hashtag #WinnieThePoohDay is widely used across social media to celebrate the day.

The classic story of Winnie The Pooh is a timeless creation that will inspire generations to come.

The beloved bear has made his mark in history and is an iconic figure from many people’s childhood.

The honey eating cuddly bear will continue to live on through Disney’s adaptations of the original storybook by A.A Milne.

Did you know that Winnie the Pooh bear shares the same birthday with Queen Elizabeth II?