AwarenessLeave a Comment on JAPAN HAVE BEATEN CORONAVIRUS WITHOUT LOCK DOWN, MASS TESTING…..HOW??

No restrictions were there 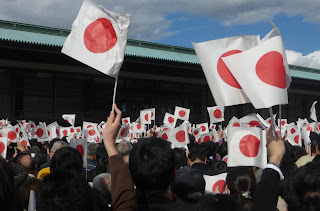 Japan is nearly in the end stage of its state of emergency due to fall of corona virus cases to nearly mere dozens. They totally ignored the default playbook to impose restrictions on the residents’ movements and all the business houses from restaurants to hairdressers were all open. There wasn’t any high-tech app to track people’s movement.They even don’t have a center for disease control.

They did’t gave priority to testing as all other countries are doing right now as they have tested only 0.2% of its population and it is one of the lowest rates among the developed countries.

Still their curve has flattened with less than 1000 deaths which is by far the fewest among the 7 developed nations.

The center of this pandemic in the country, “Tokyo”, have dropped the cases to single digits in most of the days. The country is set to exit the lock down period as early as Monday (May 25, 2020) as most of the country has been out of the lock down stage. While the possibility is still there for the second wave of infection.

It has become a national conversation that how did Japan defied the odds and contained the virus while neglecting most of the international guidelines. The topic is hot and there is surety of one thing that there isn’t any one factor that is responsible for the containment of the virus in the country.

A professor at Waseda University specializing in science communication, and a member of a public advisory group experts on the virus, Mr Mikihito Tanaka siad that “By looking at the death numbers, you can say that Japan was successful. But the experts are unaware of the reasons.”

A list shows possible 43 reasons cited in the media reports, that contains culture of mask-wearing, low obesity rate, closure of schools at very early stage. Among other suggestions there was a reason that Japanese speakers emit fewer potentially virus-laden droplets compared to other languages.

There are various factors that contributed to the outcome, said the experts and no one can find out a single factor that can be implemented in other countries to contain the virus. 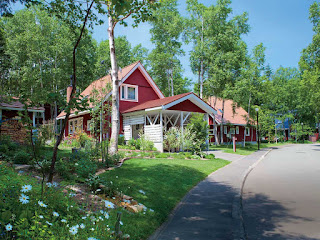 Nonetheless, the measures still offer a long-tern lesson for countries that may last for years.

The government of Japan was criticized for slow policy steps, but experts praise the role of contact tracers which came into action from when the first case came in January. Japan had an upper hand as it employed more than half of the 50,000 public health nurses who are experienced in infection tracing in 2018 only.They were employed to track down more common infections such as influenza and tuberculosis at normal times and now they came up to be playing a very vital role in the country’s health care.

Some countries like U.S and the U.K are planning to hire contact tracers as they have to reopen their economies, while Japan with the help of local experts has been tracing the movement of disease from the first handful of cases.These locals are expert in handling so-called clusters, or group of infections from a single location such as clubs or hospitals, to contain the spread before they got out of control.

An unlikely happening boosted the early response as the virus came into mainstream international attention with the incident of Diamond Princess cruise ship that led to hundreds of infections.This incident provides Japanese experts with some data early in the crisis that led to public consciousness

at a very early stage.

In Japan the increased pace of infection in the ship has increased concern and even awareness among the people of Japan that if it could spread in a ship at so much pace , how much would it be dangerous when the virus would be off the board that within the community.

Japanese experts had created a easy-to-understand message of avoiding the ‘Three C’s’ – closed spaces, crowded spaces, and close-contact. rather than keeping away from others entirely. Japanese government allowed doctors and medical experts to come to the fore which was opposed by many but this was seen to be the best practice in managing public health emergencies. This was an experts-led approach that helped the country in getting the pandemic to its end.

Experts pointed out to other determinants, while Shigeru Omi, the deputy head of the expert panel advising the Japanese government and the former chief of the WHO Western Pacific office, believes that Japanese people’s health consciousness is the main factor in eleminating the disease.

The possibility that the virus strain spreading in Japan may have been different, and less dangerous, to that faced by other nations, can also be a reason behind this.

Researchers at the Los Alamos National Laboratory in the U.S had put a paper in the early May, stating that there are variants of corona virus present and one strain of virus is in Europe that had several mutations which is different from the Asian version. However the study drawn some criticism and this engages the more deep study about the virus.

In April,m a hospital conducted tests of several non-Covid patients and found that around 7% have the virus in them without any symptoms, which increased the danger of spread as they can become the source of an outbreak. According to an estimate that time said that there must be 20 times more cases as of that time.

Japan where the overall population is much smaller compared to Taiwan where there are just seven deaths and Vietnam had none.

Though Japan have avoided the worst outcomes of the pandemic but the loose lockdown didn’t protect the country from the the economic impact. The already affected economy by the sales tax-hike in October last year slid into recession into the first three months of the year. The more worst time is coming in the second quarter of the year, the Economists warned and it could lead to deflation. There is a huge drop in the tourism sector. Around 99.9% tourists plummeted as the borders were sealed and this gave the economy a great setback.

Authorities have warned that the life would not be normal even with the end of the state of emergency. They also said that the risk factor is there for the second wave to follow in Japan where the worls’s oldest population lives. The country has approved Gilead Sciences Inc.’s remdesivir and is now scrambling to allow the use of still unproven Fujifilm Holdings Corp.’s antiviral Avigan.

The state of emergency is near to its end as the number of corona virus cases had a fall to mere dozens. Thought the country is getting out of the lockdown phase but still there is a threat of the second wave which could be even more dangerous. The people need to follow the three C’s to avoid the pandemic.